Lately, I've been into carrying smaller purses on the weekends. It forces me to think about the bare essentials and probably reduces strain on my shoulders that are accustomed to carrying a bag that can at worst accommodate a 13" work laptop or at best carry around my 9" iPad plus a number of other odds and ends (giant wallet, makeup bag, etc).

This is a big shift for me as, for a while, I was only buying bags that could fit my camera. Since my camera (Canon DSLR) takes up a lot of room, I've been seriously considering down-sizing and have rented other cameras over the last 6 months just to get an idea of what I might like to buy (or not). When Adorama Camera had their infamous Passover rental special (10 days more or less for the cost of a weekend), I decided to pick up a camera I had wanted to try the last time they had one of these sales — the Leica Q.

Leica Q is a mirrorless camera and so it's smaller than a DSLR but due to its sturdy construction and quality glass that is included (no interchangeable lenses), it isn't as small as I thought it would be. That said, I want to focus on the quality of the build for a second. Many pieces of the camera are not plastic which gives it that more substantial feel (and weight). However, it's not so heavy that you can't wear it on the shoulder or across the body. Personally I don't like wearing cameras straight around the neck. I feel like it's a tough position when you have boobs plus is probably more a strain on the neck whereas a crossbody posture distributes the impact. I saw some bungee-looking camera straps for the Leica's that I happened to encounter in the wild during my rental period but not clear if those are after-market or something new as those were not part of my rental. As you can see in the above photo, the strap is pretty simple. My only complaint with the design of the camera is the lens cap. It did not at all seem to ever be secure on the camera. It was prone to falling off (in my bag, on the street, or wherever was most inconvenient). I have a feeling the intent behind that was to make it easy to remove for a quick capture but I didn't really dig that "feature."

Let's talk about menus. I'm very accustomed to Japanese-style menus having only really been exposed to Canon, Nikon and Fuji cameras directly. Leica is a German company and so their approach to the menu design was very different. Instead of hiding options behind several tabs of menus and letting a user struggle to find the right option, they just have a long list of settings for the user to scroll through. I don't think there are any less button taps for a user but it's definitely more intuitive as you keep hitting the same button until you stumble on the setting you need (instead of across "tabs" and then down within each "tab"). However, it wasn't so intuitive that I didn't need to download the manual. 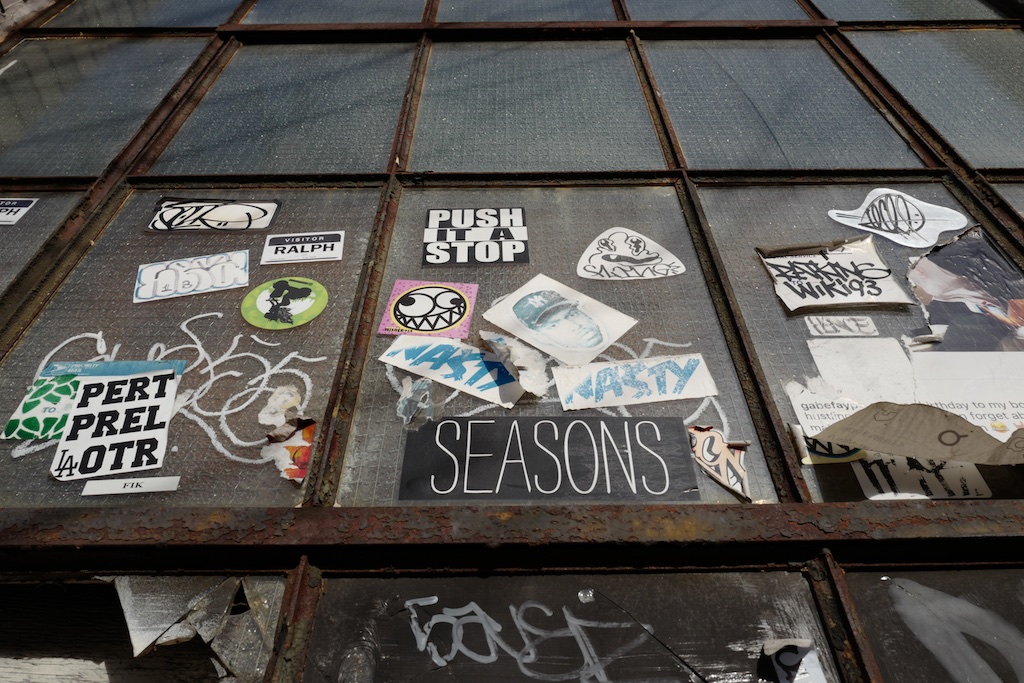 As far as actually taking pictures with it, I was impressed by the speed of focusing and the actual pictures that resulted. If you read my review of the Fuji, you'll recall that camera is a contemporary of this one but is so incredibly slow on the autofocus and wasn't particularly good manual. Leica Q on the other hand, was phenomenal. The dial on the lens for focusing has a really good tactile feel. Many focus rings feel flimsy and disconnected from the glass whereas this one felt right; I didn't think a slight movement would accidentally shift my focus. And once I figured out the autofocus, I was seriously impressed by its speed and battery economy. I guess this is why the Leica is easily thousands of dollars more than its nearest competitor.

Regarding image quality, I was also not disappointed. Though I did not shoot in raw, the jpegs were good enough to work with and I didn't feel like I needed to do much if the exposure was right in camera. The background blur (i.e. bokeh) when the aperture was wide open was very nice. I was pretty satisfied with the low light performance as well at the widest aperture. Additionally, I liked the in camera option to compose the shot at 35mm and 50mm (camera would just crop the excess). I prefer 50mm as a focal length so it was nice to have that option (even if it was a bit of a simulation). However, I'm still not a fan of the electronic viewfinder so that was something I had to get over.

This camera is packed with features and I didn't get a chance to deeply explore all of them. I did try the macro mode which seemed to work well enough. Additionally, Leica Q does shoot video but, to be completely honest, I didn't really bother testing that. I feel strongly that video is it's own separate thing and it's unfair to expect these cameras to do great by both the visual and audio needs for a serviceable video. I guess you can quickly capture a video of friends/family with this but, for that, I usually default to my phone so not sure that I would really use this functionality since it's less hassle, especially for social sharing.

And, on the topic of social sharing, like in all the new cameras these days, I really appreciated the ability to tether to my phone. The Leica menus were not super intuitive on this (I had to look this up) and the QR code option to connect never worked for me but I was able to figure this out eventually. Once I did, it was pretty easy to take photos using my phone as a remote shutter and also transfer photos to the phone. Leica app was more stable than the equivalent Canon app, which isn't saying much.

So will I be buying a Leica Q anytime soon? No, I don't think so. But would I recommend it? Absolutely. If you have the spare funds and want to indulge on a top-notch walk-around / travel camera, the Leica Q will definitely not disappoint. I still found it a little clunky for my needs and didn't necessarily feel comfortable throwing it around given its high price tag. I am still interested in test driving a Leica M someday to get that real range finder action but I will probably next try the Canon mirrorless option and see how that fares.