I think you may have heard about one Googler's manifesto, but I can't bring myself to read it.

Let me preface this by saying that I strongly believe in free-flowing discourse and dialogue. I believe that we should question our assumptions and seek solace in facts and figures. I also believe in seeking out patterns in our past behavior to help predict future actions, or break out of them. But first and foremost, I believe that we owe it to our fellow humans to empathize with their experiences on this earth.

And, from what I understand of this manifesto, the writer doesn't seem to understand the shifts that women have seen in the last 30 years with regard to technology. The number of women graduating with Computer Science degrees is steadily decreasing; as Wired Magazine notes in their interview with Melinda Gates, 1 in 3 women in the 1980's has decreased to less than 1 in 5 earning a Comp Sci degree.

Ms Gates believes this issue deserves some attention as do others in the industry. Personally, I've done my part in participating in mentoring programs with my alma mater New York University to support young women and men of color in their development as technology professionals as a way to give back to an organization that helped kickstart my own development.

It's been 15 years since I more or less officially entered this industry as I arrived on NYU's campus, a wide-eyed college freshman, and decided that I would major in Computer Science and never looked back.
I've found success working as an engineer and more recently as a product manager. And I consider myself infinitely fortunate to have worked with many wonderfully talented and supportive men (and women) over the years. However, I would be remiss to note that there are exceptions.

Sadly, even my mentee — not yet a college graduate — can recount clear examples of gender-based workplace discrimination. It breaks my heart that she has to experience this and that we are still struggling to accept the value that women provide in this industry. But I can't say I'm surprised.

Almost every woman I know who works in STEM can tell at least one story of sexist behavior (implicit or explicit) in the workplace. You know a woman in STEM. Go ahead and ask her about it. Make it a hashtag even (I propose #AskHerAboutSTEM). 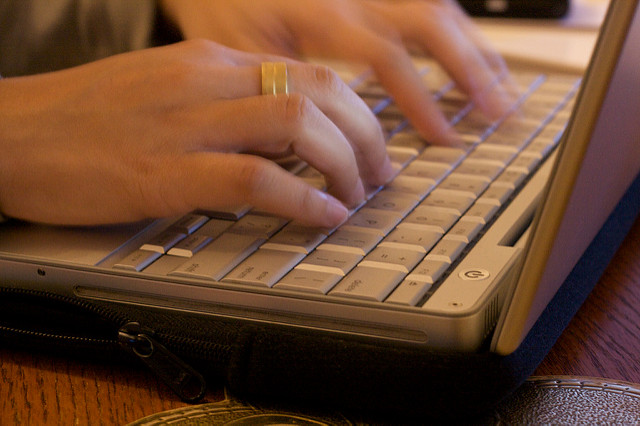 My first experience with this was during a job interview. At the time, I was a college student looking for a summer part-time job. I randomly found a small jazz record label, probably via Craigslist, was hiring and so I sent them my application. When I arrived for the interview, it was clear that they had already made up their mind that they did not want to hire me. The office was a small rented one and all the employees were male so far as I could tell. I don't remember the conversation I had with the hiring leader about the job. But I distinctly remember, as clearly as I remember my own name, that they asked me to prove that I could type. The exact words the man used were, "We hired a girl once who couldn't type." So, if I was a man, would I have had to engage in this test? By the way, in case you are wondering, I can type over 100 words per minute but I never did get a callback about this job.

I had an interviewer once attempt to quiz me on who Linus Torvalds and Marc Andreesson were (men known for Linux and Netscape, respectively) as if the answers were at all relevant to doing a good job as a front-end software engineer. By the way, in case you are wondering, that company called me back for a second round interview and I declined them for this reason. My father did not raise a fool! In fact, it was my dad that pushed me to get an education (or at the very least, learn to type really well) so that I would eventually have the upper hand.

I worked at a small company and happened to meet a remote employee who was visiting our office during a coffee break. I explained to him that I was part of the team that develops the website. His response was, "Oh, you are the designer, right?" I had to correct and clarify that, no, I had not misspoken, I was the developer, not the designer.

And these are just a couple of examples. Sadly, these are the more light-hearted examples.

This is the reason I can't read the Googler's Manifesto. I've already been tested enough for one lifetime. To make a role playing game analogy, every time I walk into a room and play my "woman in tech" card I have to be prepared to take -1 damage.

It doesn't have to be this way, especially at work. Companies can do their part to promote cultures of inclusion. Let's stop using terminology in hiring like "rockstars" or "ninjas" when the role might be better served by someone who will share the spotlight, collaborate and build up those around him or her.

And, for those who are not hiring, let's talk about what you can do. Let us not excuse the bad behavior of executives (ahem, Uber, ahem, Snapchat) despite how much we might enjoy their products. The "delete Uber" campaign was a good example of how ultimately standing up for principle can help spark change as it impacts the company's bottomline.

Finally, let's try again with the under-five set. I implore you, if you are like my friends and have started to procreate, please work hard at raising good children. Tell little boys it's okay to play with dolls and that being emotional is not being a girl. Let little girls know that it's okay to like My Little Pony and Star Wars equally. And let's push boys and girls to get involved in sports and martial arts. Let's ensure both boys and girls have the same kinds of chores around the house instead of gender normative ones.

Gender roles and the implicit sexism that comes with them will surely live on but we owe it to the next generation of female Computer Scientists to make their road an easier one to navigate with fewer of these stories to recount.